Born and raised in Cleveland, Ohio, I finished high school in the 70s, when many of my classmates were destined for the steel mills or auto production plants. This was a route I couldn’t imagine as my own destiny, and even a scholarship to the Cooper School of Art couldn’t keep me in Cleveland. Restless and yearning to find my future, I headed west–to California. The ocean, mountains, and sunshine called to me, as did the promise of more opportunity and the hope of finding acceptance among those I considered different like me. On a separate path from my family and friends, I was feeling and seeing in ways that others couldn’t understand.
Though well aware of my parents’ belief in working hard, saving, money, buy property, and raising a family, I knew that there was something wrong with this picture, for me. I did work hard once I reached California, of 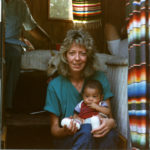 course: for the government passport agency in Los Angeles, the Veterans Administration in West LA, and as a waitress and bartender. Once I could afford a real roof over my head (I lived in my VW bug for a time), I furnished my first apartment with orange crates, a wood framed waterbed (I made the frame myself!), and candles (I couldn’t yet afford to pay for utilities). Yes, life was difficult, but (hearing my parents’ voices) I continued to believe that the harder I worked, the better off I would become.

After a while, I grew tired of this rut, as well as discouraged and confused about how to channel the physical and mental energies I was feeling so strongly within myself. The only way I can describe these energies is as a kind of “heightened intuition.” When I closed my eyes, for instance, I could 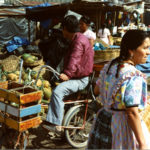 see pictures of the future events that would affect me or other people. I could tell what others were thinking, and sometimes actually heard their thoughts! I was overwhelmed with input, and didn’t know how to control this ability or make the strange information stop. Also, my hands would sometimes oddly turn a beet red and buzz with weird sensations. For a time I turned to drugs and alcohol to quiet the energies flooding me, but that only made things worse. By the late 70s, I had hit rock bottom, mentally and emotionally. I was still working to make a living wage, but inside I was a mess. At that point, as if by design, my life began to change.
In 1980, friends (who knew I sought meaning and clarity) urged me to meet Custer, a Choctaw Indian Medicine Man. This sage took one look at me, and I knew that he was an integral part of my destiny. His first words to me were, “Love, I have been waiting a long time for you.” Apparently, I was his 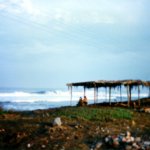 destiny as well! Custer listened quietly as I told him about my intuition, my premonitions, and my hands. He had me close my eyes and, as numerous visual impressions flooded in, he told me exactly what I was seeing! It was as if he could actually see my inner being. For the first time, I had met someone who really knew me. Custer was a healer, a clairvoyant, a visionary. He healed people through the energy in his hands, and guided them to a wealth of herbal remedies.

I knew from the moment we met that he would be my teacher, and so I followed him on the greatest journey of my life, throughout Central American and Mexico. There, I grew more and more to understand everything I had been feeling. I saw that we are all made up of energies that 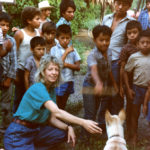 influence our feelings, moods, and perceptions. Everyone’s thoughts, feelings, and emotions are made up of energy, and matter itself is composed of atoms vibrating with energy. With Custer’s help, I saw how my own thinking was creating my life. If I believed that something would be difficult, it was. I saw how dependent I had been on the values of the external world for my definitions and thoughts about happiness, self-worth, security, and love. I began to experience myself at a much deeper level and with this experience my consciousness continued to expand. As I learned to better control and channel my thought-energy, I gained greater control over my own life and destiny. A fog had been lifted. I realized that much of what I had been thinking and feeling was not mine, but came from years of modeling my parents and the outside world. I was finally beginning to realize who “I” was, and these insights were marvelous gifts! Custer was an enlightened being who drew out the authentic Diane.
I learned that my energetic powers are simply more “awake” than those of

most others. I also learned how to awaken positive energy in others. This ability involves looking at how people think, what they value, and what voices guide their life paths.

As you can see from the pictures, Custer and I traveled extensively throughout Central America, Costa Rica, Nicaragua and Honduras, working on the local people. All this time, I continued to advance my healing skills. The photos show the people we worked on and met during our time there.
My experience and self-realization led me to develop the Center for Bridging Body, Mind, and Spirit. Here, I continue on my path of enlightenment, advancing my healing skills to this day. I want to give back the gifts that were given me, working to help you find your own answers, to look within, if you are willing to do that. We spend so much of our time looking outside of ourselves for answers when they have been right here inside us, all the time.